Discover Emona in the written word 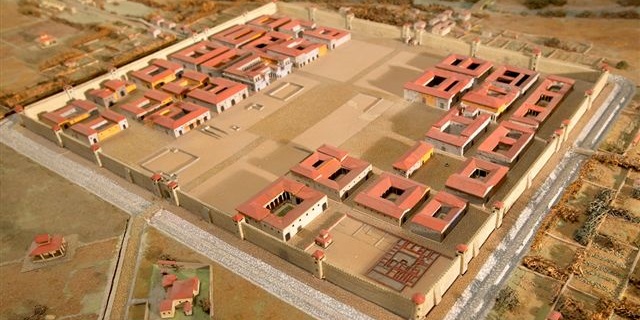 EAGLE is pleased to announce that ZRC SAZU recently published an interesting booklet on the Roman past of Ljubljana, titled The Disappearing Tombstone and Other Stories from Emona.

The booklet is a collection of ten stories about real people, who once lived in Emona or the surrounding countryside. These stories shed light on the everyday lives and often highly unusual fates of these people. The eleventh story reveals why the Romans believed that Emona had been founded by Jason and his Argonauts. The myth would lead later historians to believe that Emona was older than Rome.

The stories are based on the inscriptions from Roman funerary and other monuments, which are kept the lapidarium of the National Museum of Slovenia and in the City Museum of Ljubljana (MGML). The booklet is partly a result of the EAGLE project (“Europeana Network of Ancient Greek and Latin Epigraphy”) and partly of the programme “Archaeological Investigations” of the Institute of Archaeology ZRC SAZU.