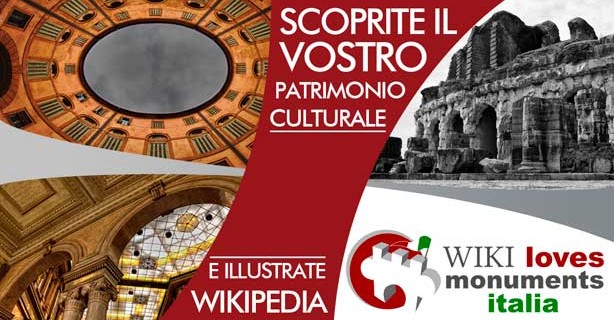 The opportunities offered by modern technology for the safeguarding and fruition of cultural heritage are virtually boundless, yet their successful implementation requires that all players involved (public institutions, private sector, sector operators) adopt new attitudes.
This event, organised by EAGLE (Europeana network of Ancient Greek and Latin Epigraphy) and Wikimedia Italia with the support of Soprintendenza Speciale per i Beni Archeologici di Roma, aims to serve as a platform for sharing knowledge and good practices while stimulating reflections on the role of digital technologies in the preservation and promotion of cultural digital heritage.
At the end of the event, the winners of Special EAGLE prize for WikiLovesMonuments Italy will be announced. An award will be given for the best photograph of an ancient inscription within a participating monument of the WikiLovesMonuments contest.
Special EAGLE prize for WikiLovesMonuments Italy seeks to promote the intrinsic testimonial value of inscriptions and to do so in such a way that this patrimony, which exists right under the eyes of the world yet often goes barely noticed, emerges and gains the visibility that it deserves.