Collaboration between IDEA and IGCyr|GVCyr 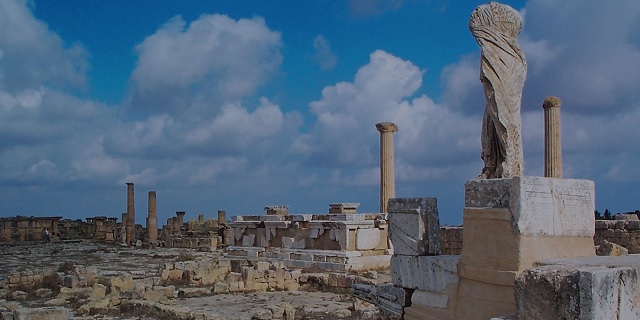 We are pleased to announce the publication of:

The two comprehensive corpora gather, for the first time in the history of the discipline, all the Greek inscriptions of archaic, classic and hellenistic Cyrenaica, from VII to I century B.C. (IGCyr) and all the Greek verse inscriptions of Greek and Roman Cyrenaica, from VI B.C. to VI A.D. (GVCyr). The two corpora both include some unpublished texts – 122 in IGCyr; 8 in GVCyr – and new critical editions of all the inscriptions already published until March 2017, which were scattered among various, often inaccessible and sometimes outdated publications, for a total amount of 917 inscriptions in IGCyr and 56 in GVCyr.

All of the files have been encoded in TEI-XML Epidoc, are fully searchable, and may be used and downloaded in Open Access.

We would be very grateful for your feedback at the following address: alice.bencivenni2@unibo.it.

Born as an international project in 2011, the corpus of the inscriptions of Greek Cyrenaica and of the metric inscriptions of Greek and Roman Cyrenaica has seen the collaboration of a group of scholars from the main countries traditionally linked to archaeological research in Libya (Italy, France, Great Britain). A work of this size and complexity could not have seen the light without the joint contribution of the different epigraphic, historical, philological and prosopographic skills that the study of inscriptions entails and without the guidance of Catherine Dobias-Lalou, who is working in this field since the seventies of the last century.

From the beginning the project benefitted from the competent collaboration of IDEA (represented by Pietro Liuzzo), whose support in designing a work that is innovative in many aspects of epigraphic studies and in following its evolution step by step was very important. IDEA also supported the project in a practical way, offering solutions, integrating the final data into the EAGLE portal and collaborating in the preparation of data for Pelagios. Thanks to the collaboration with the EAGLE project first and then with the IDEA association, this corpus, so long awaited by the scholarly community, has been set up in digital format since the beginning. IGCyr | GVCyr is certainly not the first digital epigraphic corpus to see the light, but it is certainly one of the first examples of critical epigraphic edition – declined as a publication and not as a database – that is born digital without having a paper equivalent and that exploits the potential of the network to transfer in one place more than a century of research and images related to the epigraphy of a region of the ancient world, the Cyrenaica, and to act as a link between some fundamental resources available on the web: EAGLE, Heritage Gazetteer of Libya, Pleiades, Trismegistos.