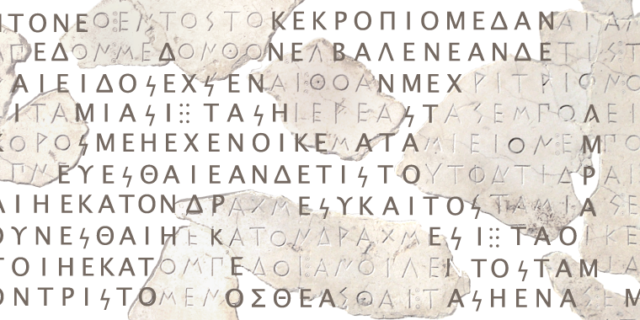 We are pleased to announce the publication of the paper titled “Restoring and attributing ancient texts using deep neural networks” on the cover of this week’s issue of the scientific journal Nature. This work is the result of a collaboration between the Universities of Venice Ca’ Foscari, Oxford and Athens AUEB, and Google’s DeepMind.

The article presents Ithaca, the first deep neural network that can aid historians in not only restoring the missing text of ancient Greek inscriptions, but also identifying their original location, and establishing the date they were written.

Ithaca is designed to assist and expand the historian’s workflow: its architecture focuses on collaboration, decision support, and interpretability. Working alone, Ithaca is able to restore damaged texts with a 62% accuracy, but when evaluated historians use Ithaca, their accuracy on the same task rises to 72%. Ithaca can also determine the original geographical location of inscriptions with 71% accuracy, and can date them to less than 30 years from the date ranges proposed by historians, redating key texts of Classical Athens and contributing to topical debates in Ancient History.

This work shows how models like Ithaca can unlock the cooperative potential between AI and historians, transformationally impacting the way we study and write about one of the most significant periods in human history.

To make the research widely available to researchers, educators, museum staff and others, we partnered with Google Cloud and Google Arts & Culture to launch a free interactive version of Ithaca and also open sourced the code.