Relaunch of the expanded Roman Inscriptions of Britain Online 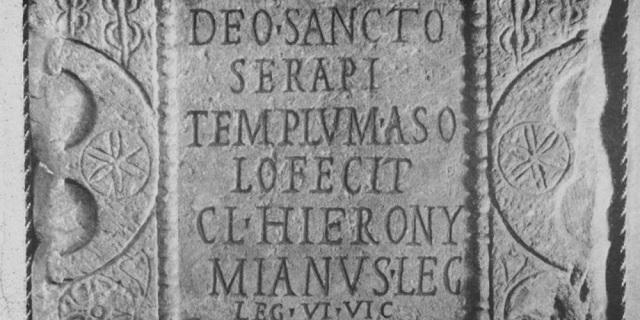 RIB Online, the digital library of Roman inscriptions from Britain, has been relaunched on the anniversary of Claudia Severa’s birthday, with enhanced existing records and a large number of new texts. 1,508 new texts have been added, drawn from RIB Volume III and the corpus of Bloomberg tablets, Roman London’s First Voices (each digitally published for the first time), as well as new and enhanced digitisations of the Vindolanda Tablets, some of which are also making their digital debuts. All the new material includes images where available and relevant non-textual information from the corpora.

The entire corpus of RIB Online now comprises 3,909 inscriptions in all, representing a substantial milestone in the aim to make available digitally every published text from the province of Britannia. Future instalments will include all eight fascicules of RIB Volume II (Instrumentum Domesticum), the curse tablets, writing tablets from Carlisle, and all texts published in the annual updates of the journal Britannia to date.

By using EpiDoc encoding (XML mark-up designed for epigraphy) and Linked Open Data this resource enables detailed searching and linking to other epigraphic and non-epigraphic resources: users can check which inscriptions are in their local museums, search for Latin words, assemble references to specific military occupations, for example. All of this is made possible by the generous support of the European Research Council (project LatinNow, grant number 715626) and epigraphers, archaeologists and institutions across the country (especially MOLA, the Vindolanda Trust, the Centre for the Study of Roman Documents (Oxford), the British Museum, the Society for the Promotion of Roman Studies).

RIB Online is part of the ERC research project LatinNow (https://latinnow.eu/), based at the University of Nottingham.