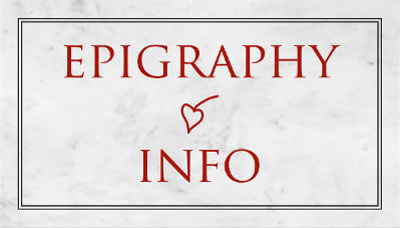 Epigraphy.info is an international open community pursuing a collaborative environment for digital epigraphy, which facilitates scholarly communication and interaction. We apply FAIR principles to epigraphic information in order to efficiently create, use and share it among researchers, students and enthusiasts around the globe. The Epigraphy.info community works to gather and enhance the many existing epigraphic efforts, and serves as a landing point for digital tools, practices and methodologies for managing collections of inscriptions.

Since 2018 four official meetings of the community have taken place:

The 4th Epigraphy.info workshop was preceded by the 2-and-half day EpiDoc and TEI training, given by Pietro Liuzzo. 20 participants from 6 countries attended the training and coded their first inscriptions in EpiDoc.

Then, the Hamburg workshop took place from 19 th to 21 st February 2020. In the beginning, the community was introduced to the Hamburg-based Cluster of Excellence “Understanding Written Artefacts”, that primarily focuses on improving our understanding of the diverse manuscript and epigraphic cultures around the world. An afternoon of networking and presentation of new projects followed and this time, we focused not just on Greek and Latin epigraphy but also on Indian and Chinese inscriptions. The two following days consisted of presentations of current projects, reports on ongoing tasks, working-group discussions and a hackathon. Here are the
highlights of the meeting:

With regard to community administration, a new tool for managing the tasks of the working groups will be selected and implemented by the committee. Following up the hackathon and the technical discussion of the ontologies an expert workshop on XTriples configuration files is planned to take place in Mainz in collaboration with the Digitale Akademie in mid-2020.

The next workshop will be held in Leuven (Belgium) in the second half of this year (October-December); organizer of the next workshop: Tom Gheldof (Leuven).

If you want to become a member of the community and join the working groups, write an email to info@epigraphy.info.