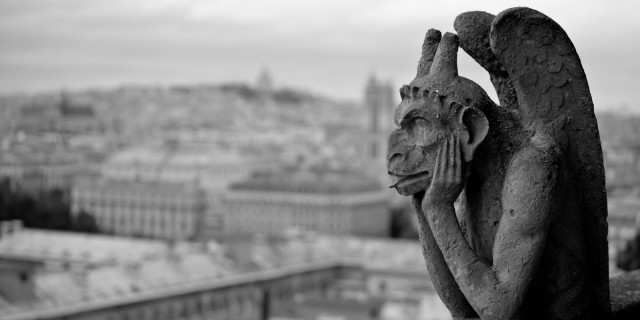 Susan Hazan is Curator of New Media and Head of the Internet Office at the Israel Museum, Jerusalem,

identifying, and implementing electronic architectures for the gallery, and outreach programs including the recent Digital Dead Sea Scrolls project at the Israel Museum which received over one million unique users when it was launched September 2011. Her Masters, and PhD research at Goldsmiths College, University of London in Media and Communications focused on electronic architectures in the contemporary museum. Hazan is currently investigating the virtual museum (V-Must), social networks, and crowd sourcing in the cultural heritage sector, and innovative platforms for disseminating virtual museums, and digital libraries. In (2002/2004) was visiting lecturer at the University of London teaching Web Design, Critical E-Museology, and Digital Media, with an emphasis on the correlation between cultural theory and contemporary practice, annual lecturer in the Museology Department at Haifa University, Israel and guest lecturer on the Intelligent Heritage Course, at City University, Hong Kong (2010/2011).  Hazan is the Israel Coordinator the World Summit Award (WSA), and Co-Chair of the AnnualJerusalem Conference on the Digitisation of Cultural Heritage (2004-2014). Hazan sits on numerous program committees: Museums and the Web 2001-2014, Virtual Systems and MultiMedia Conferences to Europe (VSMM2005/2009, 2012), and PATCH 2014, Workshop on Personalized Access to Cultural Heritage. Hazan acts a Reviewer to Discovery Projects, Australian Research Council (ARC).

Tom Elliott is Associate Director for Digital Programs and Senior Research Scholar at the Institute for the Study of the Ancient World, New York University (http://isaw.nyu.edu). He graduated from Duke University in 1989 with B.S. in Computer Science and a second major in Classical Studies. Following service as a Communications and Computer Systems Officer in the United States Air Force, he worked as a software developer and program manager for AEgis Research Corporation in Huntsville, Alabama on a number of visual and engineering simulation projects. He received his Ph.D. in Ancient History from the University of North Carolina, Chapel Hill in 2004, for research focused on the intersection of Roman documentary, administrative and geographic studies. His doctoral dissertation was entitled, Epigraphic Evidence for Boundary Disputes in the Early Roman Empire, and has since been self-published online under an open license (https://github.com/paregorios/demarc). Tom has spent over 15 years advancing the practice of digital humanities in ancient studies. In the late 1990s, he wrote database software that was used to prepare the alphabetical gazetteer and Map-by-Map Directory that accompanies the Barrington Atlas of the Greek and Roman World (Princeton, 2000). During that period he also started the EpiDoc Community (http://epidoc.sf.net), which creates standards-based tools and guidelines for the digital encoding of epigraphic and papyrological texts like those published in the Inscriptions of Aphrodisias 2007 (http://insaph.kcl.ac.uk/iaph2007/), by Papyri.info, and in the Corpus of the inscriptions of Campā (http://isaw.nyu.edu/publications/inscriptions/campa/). In August 2000, he was appointed as Founding Director of the Ancient World Mapping Center at the University of North Carolina in Chapel Hill (http://awmc.unc.edu). In February 2006, Tom stepped down from this position to assume full-time leadership of the Pleiades Project (http://pleiades.stoa.org), an online open-data journal and reference resource that enables scholars, students, and enthusiasts to use, create, share, and map historical geographic information about the ancientworld. In 2008, he brought that role with him to the Institute, where he is now also responsible for developing and overseeing a spectrum of innovative digital projects and services (http://isaw.nyu.edu/online-resources). Elliott serves as co-managing editor of Pleiades and as collaborative co-editor of the EpiDoc Guidelines (http://www.stoa.org/epidoc/gl/latest/), the EpiDig Zotero Library (https://www.zotero.org/groups/epidig), and the Current Epigraphy blog. He is the co-author with Sean Gillies of an influential article on the history and future of “Digital Geography and Classics” (in Digital Humanities Quarterly 3.1 2009: http://www.digitalhumanities.org/dhq/vol/3/1/000031/000031.html) and, with Richard Talbert, of”Peutinger Map Names and Features, With Commentary and User’s Guide,” Cambridge University Press, 2010, http://www.cambridge.org/us/talbert/talbertdatabase/prm.html (=Appendix 7 to R. Talbert, Rome’s World, The Peutinger Map Reconsidered, Cambridge, 2010).He served as Digital Curator (in collaboration with Roberta Casagrande-Kim) of ISAW’s recent exhibition Measuring and Mapping Space: Geographic Knowledge in Greek and Roman Antiquity (http://isaw.nyu.edu/exhibitions/space/). His chapter on “Epigraphy and Digital Resources” is slated to appear in the forthcoming Oxford Handbook of Roman Epigraphy (C. Brunn and J. Edmondson, eds.). He occasionally blogs at http://horothesia.blogspot.com and publishes code and data at https://github.com/paregorios.