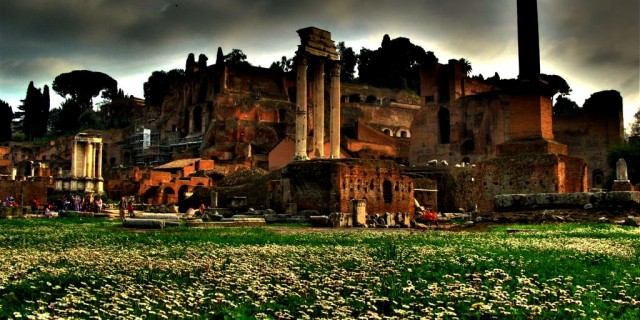 Submissions are invited for papers, panel and posters (with or without demonstrations) featuring high quality and previously unpublished research on the topics described below. Contributions should focus on results from completed as well as ongoing research, with an emphasis on novel approaches, methods, ideas, and perspectives, whether descriptive, theoretical, formal or computational.

Proceedings will be published in time for the conference.

The proceedings of the previous edition are available here.

Digital research has moved well beyond the stage of pilot projects; it is a mature discipline bringing contributions to its own field and others, most notably Classical Epigraphy, Ancient History and Archeology. Researchers and end-users of epigraphic editions and data now consult the internet before moving to printed material. It is therefore very important that the qualified information they find online be visible, reliable and curated. Infacts the development of the discipline has been such that technologies have been tailored to fit the exact purpose of researchers. The landscape of digital epigraphy is rich: Greek and Latin texts exist in the hundreds of thousands, bibliography, full text and meta-data are abundant (particularly on the Latin side). But the collective harvest of translations and images available in the digital space is quite thin.

To an extent, digital epigraphy today is the direct descendant of the discipline as practiced in the 19th century, but it now has the means (and the will) to go well beyond that model; it is now able to give to each text multiple contexts and multiple audiences. It allows all objects to be observed from a given, annotated findspot, often making readily available all relevant photos.  The data can also be presented to the researcher and to the public, which is provided with links, expansions and possibilities to investigate further.

The question now becomes how to proceed with this momentum: how can we collectively move forward and obtain the best possible results for researchers and end users? Are the differences between digital and traditional epigraphers really as irreconcilable as they seem? Or can we all join forces for a better tomorrow?   In this respect do traditional and digital epigraphers really have different approaches? Or are we all today digital epigraphist and should join in a change which is not just a trend?

The topics to be addressed in the conference include (but are not limited to) the following:

Topics of a specific session organized by the Working Group 1 of the EAGLE BPN include (but are not  limited to) the following:

Topics of a specific session organized by the Working Group 2 of the EAGLE BPN include (but are not  limited to) the following:

Topics of a specific session organized by the Working Group 3 of the EAGLE BPN include (but are not  limited to)the following: