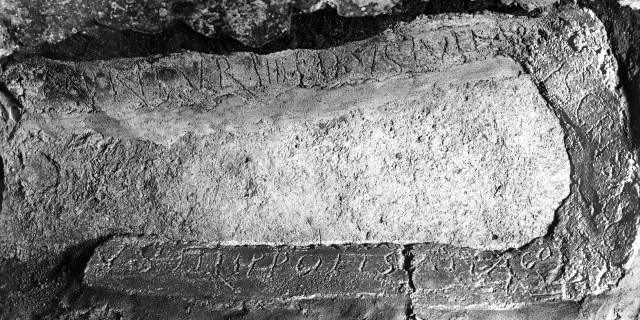 The EDB project specializes in epigraphic documents of Christian patronage (third to eighth centuries, AD), including those contained in the Inscriptiones Christianae Vrbis Romae, nova series, voll. I-X, in civitate Vaticana 1922-1992 (= ICVR) (whose updating we also oversee), and those edited in other bibliographical seats and/or not contained in the ICVR.

Currently the inscriptions present in the EDB (counting those already online and those awaiting definitive aproval) amount to 32,138 items (28,236 in Latin, 3,902 in Greek). The total number of documents pertinent to the collection is estimated to be around 40,000, though this number is obviously increasing continually.

Based on an agreement of collaboration established between the EDB and the Papal Commission of Sacred Archeology (PCAS), a link present in every record links to the website of the Photographic Archive of the PCAS (http://pcas.xdams.net/pcas-web/), allowing for the visualization (protected from copying attempts) of the relative image of the document.

The interrogation of the database features more research criteria, both within the texts (various possibilities for textual research are featured) and in relation to the other descriptive elements of the documents. Research on the texts in Latin and Greek, within which the figurative apparatus is also described  (signi Christi, symbols, various representations) can be made combinable  with other data, relative to the following respective categories:

A unique innovation of EDB is its provision of a thesaurus that allows for the individuation of non-normative forms in textual research, which are particularly frequent in the late-ancient epigraphic praxis in its graphic-phonetic outcomes of the usual language  and the disintegration of the casual system (e.g. cesquet pro quiescit; bixit pro vixit…). At the time of this description’s composition (June, 2013), the thesaurus is still limited to Latin terms with the exclusion of proper nouns, but it is constantly being expanded upon and the implementation of a similar tool for Greek language texts is being planned.