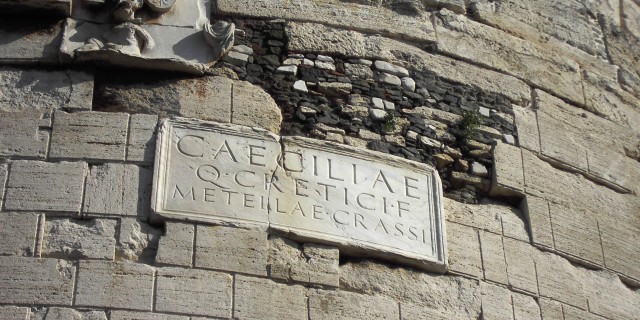 Further to the deliberations approved in Rome in 1999 by the Commission “Épigraphie et Informatique” of the Association Internationale d’Épigraphie Grecque et Latine (AIEGL) [Documents, 1], EDR was launched as an experimental project aimed at creating a unified database for ancient epigraphy. In 2003 EDR became an independent structure following up AIEGL’s decision to gather under the same portal a number of single databases, all having common features, instead of creating just one extensive base. This resolution marked the birth of EDR as an independent databank [Documenti, 2–3].

Between 1999 and 2003 the project has been carried out by a working group selected within the Chair of Latin Epigraphy – Dpt. of Humanities, “Sapienza” University of Rome – in collaboration with “Centro Interdipartimentale di Servizi per l’Automazione delle Discipline Umanistiche” (CIDADU) of the same University; the Epigraphische Datenbank Heidelberg (EDH); the Dpt. of Classical and Christian Studies (University of Bari, now EDB); the Epigraphic Laboratory formed at University of Trieste; and several other institutions and independent scholars [Documenti, 1-3].

In 2009 an International Scientific Committee specifically appointed, decided to include Rome unit of EAGLE/EDR within the “excellent projects” of “Sapienza” University of Rome. For the above reason, on October 12 of the same year, Gian Luca Gregori and Silvia Orlandi (current EDR project leaders) received the prestigious award called “Sapienza Ricerca” in presence of the Italian Republic’s President.

Today EDR appears as a branched organization – whose main unit is located in Rome at the Chair of Latin Epigraphy of the “Sapienza” University, “Scienze Umanistiche” Dpt. – with a wide network of collaborators, comprising Universities, Superintendancies, various Institutions and individual scholars. In order to offer the highest standard and uniformity of EDR records, an expert board has the task of strictly supervising all texts through a double check prior to their online data entry. For observations and suggestions please use the EDR online forum.

EAGLE federation’s purpose is to collect all published Greek and Latin inscriptions up to the 7th century A.D. considering their best existing editions, also enclosing when possible – after a necessary check – a number of additional important data and/or images. As part of EAGLE, in the same way EDR aims at collecting the whole epigraphy of Rome and of the Italian peninsula including Sardinia and Sicily, with the exception of Christian inscriptions (under EDB jurisdiction).

EDR assures free access to any researcher, but its data are legally protected by the specific EU directives and the national laws.