The Last Statues of Antiquity 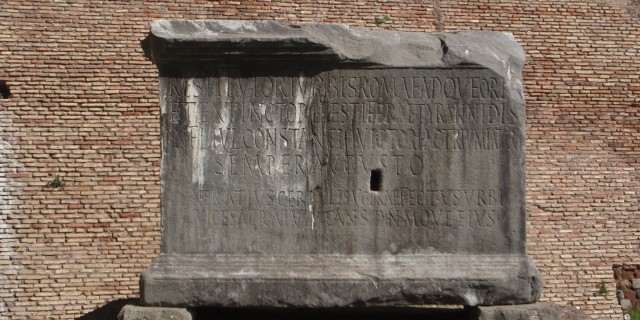 The ‘Arts and Humanities Research Council’ funded this major project in Oxford, directed by Professor R.R.R. Smith and Dr Bryan Ward-Perkins. The Project began in January 2009 and ran for three years, employing two Research Assistants, and incorporating the work of a doctoral student and a large number of external collaborators. More information on the Project Team

Ancient towns were filled with life-size bronze and marble figures – by the third century important cities of the empire could have over a thousand such statues. The habit of erecting statues in public to rulers, and to other dignitaries and benefactors, was a defining characteristic of the ancient world. The dedication of statues expressed the relationship between rulers and ruled and articulated the benefaction-and-honour system of city politics. Statues also played a significant role in defining civic identity, and in forming and perpetuating a city’s collective memory.

In the fourth to sixth centuries AD, statues continued to be erected in many parts of the empire – but already the uniform practices of earlier imperial times had broken down and become attenuated. By the mid-seventh century, the statue-habit, once ubiquitous, had completely disappeared from the Roman world. Not even in Constantinople were new statues set up.

The ‘Last Statues of Antiquity’ project is examining this continuity, and eventual disappearance, by collecting and analysing all the evidence for new, newly dedicated, or newly re-worked statuary in the period circa 284–650. The two ‘publications’ of the project are a major database, with over 2600 individual entries (http://laststatues.classics.ox.ac.uk/), and a book, published in late 2012, discussing in print the entire phenomenon of the late-antique statue habit. The database (which will not be available in print) will be the essential foundation for the book; but is also a free-standing resource usable by scholars, students, and the interested public. More detail on the Project’s Objectives